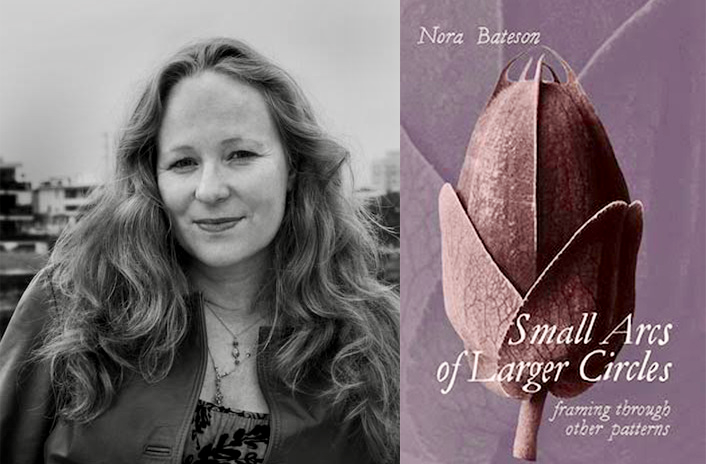 Nora Bateson, is an award-winning filmmaker, writer, facilitator and educator, as well as President of the International Bateson Institute based in Sweden. Her work asks the question “How we can improve our perception of the complexity we live within, so we may improve our interaction with the world?”

An international lecturer, researcher and writer, Nora wrote, directed and produced the award-winning documentary, An Ecology of Mind.

The IBI integrates the sciences, arts and professional knowledge to create a qualitative inquiry of the integration of life. Nora is the president of the International Bateson Institute, directing research projects that require multiple contexts of research. interdependent processes. Asking, “How we can we create a context in which to study the contexts?” An impressive team of international thinkers, scientists and artists have been brought together by the IBI to generate an innovative form of inquiry, which Nora coined the term “Transcontextual Research” to describe. Transcontextual research is a study of the interdependencies that form complex systems. The research produces relational information Bateson calls “Warm Data.”

Nora Bateson is also credited with the innovation of the neologism “symmathesy,” and the corresponding theoretical essay bearing the same title. Bateson defines this neologism as “An entity composed by contextual mutual learning through interaction. This process of interaction and mutual learning takes place in living entities at larger or smaller scales of symmathesy.”[5]

As an educator she has developed curricula for schools in Northern California, and produced and directed award winning multimedia projects on intercultural and ecological understanding. Her work, which has been presented at the world’s top universities, is described as “offering audiences a lens through which to see the world that effects not only the way we see, but also the way we think”. Nora’s work in facilitating cross-disciplinary discussions is part of her research into what she calls, “the ecology of the conversation”. Her speaking engagements include keynote addresses and lectures at international conferences and universities on a wide range of topics that span the fields of anti-fascism, ecology, education, the arts, family therapy, leadership and many more aspects of advocacy for living systems– she travels between conversations in different fields bringing multiple perspectives into view to reveal larger patterns.